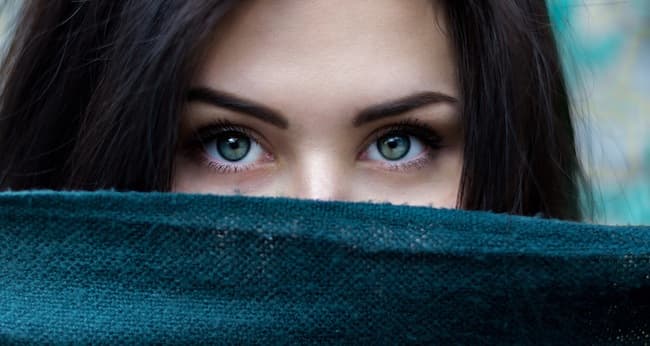 If you are of the opinion that a woman should only sit there, looking cute, slightly smiling from time to time while waiting for her prince to arrive, then this article is not for you.

If you are, on the other hand, a woman who is living in the 21st century, feeling secure in who she is and willing to take what she wants, then read on.

First of all, there is really nothing wrong with a woman approaching a man.

It shows that she is confident and that she knows what she wants. Men like that.

Trust me on this one.

Maybe some of you may be asking yourselves – what does HE know about the secrets of women approaching men?

For one thing, I know what I would like for a woman to say and do if she approached me. (This actually did happen, by the way, quite often).

For another thing, I have interviewed some of my female friends for a simple guide on how to approach and get to know men.

So here it is.

Let's start with a small list of what I would like to see a woman doing when she sees a man she likes.

A wish-list of all the things women didn't do back when I was available.

This list, of course, will be highly subjective, but hey … maybe you'll find something that you would like to try:

Just be yourself, don't “bitch-shield”

If you are gorgeous, then you get approached all the time, and heavy arrogance is your weapon – your shield to keep away the jerks.

But if you're not, then what's the point?

Then it's only insecurity, a fear of getting hurt.

Nothing from the outside can hurt you. The only one who can hurt you is yourself. Know that.

And what about Mr. Right?

Maybe he's extremely shy. Shouldn't he also get a chance to get to know your wonderful personality?

This brings us to the next point.

“Personality is more important than looks”

I have talked to many beautiful women, but finding that they had no personality whatsoever was always a big turnoff for me.

The beauty was suddenly gone.

Most men don't have the skills or the guts to approach you when you play the “pretend-not-interested-and-very-arrogant-game.”

So why not make it easier for them, and give them warm eye-contact combined with a smile.

This sends out the right signal.

This is a great interest-factor to me.

When I meet a woman, and I realize after 3 minutes of conversation, that she's not like the other girls, (and trust me, unfortunately a whole lot of women do behave the same way), then I feel very attracted to that person.

Even if she's not that attractive on the outside.

Stand out of the crowd.

Ok, this is my personal wish-list. You may also check out my advice for men on approaching women. You will likely find some ideas for you.

Now, let's have a look at what Brigitte, a real “woman playress,” a “man-eater” and a good friend of mine, has to say:

If you aren’t, then learn how to be.

The mere fact that you as a woman are willing to approach a man makes you appear confident.

You only have to maintain this confidence during the upcoming conversation.

2. Be different, be unpredictable

Again here, approaching men is a very uncommon thing, and most likely will blow their socks off.

Simply do things they won't expect.

Even if you get rejected, this is no big deal when you have the proper mindset.

Remember that most of the time the man is more embarrassed than you would be.

Men also tend not to reject an approaching woman.

They always maintain a conversation, even if not interested, so you have the chance to show your personality.

The “more sexy, the better” philosophy is a very common mistake women make.

It’s more important to wear things you are comfortable in, rather than to show as much flesh as possible.

Showing too much can be construed as desperation, and also interpreted in a wrong way.

Many women talk too much when they are nervous. This not only depresses the men, but it also annoys them.

Let them do the talking.

Help them, if the conversations stick, but listen more than you talk.

Nothing impresses the man's ego more than listening to him.

6. Don't be afraid to smile

If you like a guy, then simply smile at him. Men are as nervous about approaching as you are.

Sending out smile signals makes it easier for both of you.

7. Either approach actively or use passive “tricks”

Walk directly to him, make sure he sees you coming, and say “hi.” Don't forget to smile.

That’s not easy, but it sends out a strong, confident signal and takes him off-guard.

Another thing I recommend is going to the bar, as this is the most comfortable spot for approaching. It’s always crowded here, and people are waiting for their drinks.

It is easy to start a conversation by simply asking something like, “Can you recommend a drink to me?”, “Would you please order for me?”, or something like that.

As you can see, some of my “wishes” are consistent with Brigitte's rules. That is very soothing.

You will also notice quite a few parallels to the men's approaching guide.

On the whole, we are the same.

If there were no “playing around,” life would be much easier, for that I'm sure.