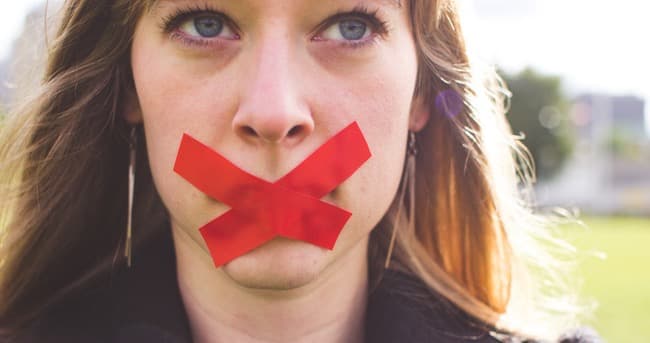 Why are incapable of noticing red flags in a relationship before the actual breakup happens?

When Kevin got dumped, it was like a kick in the head for him.

He needed days to come around and realize what happened.

Even then it was an absolute mystery to him what caused the breakup.

Had he seen it coming?

But when I dug a little deeper, it became apparent that he actually had noticed unusual things in his relationship.

He just dismissed them as meaningless.

He would never have guessed that they could lead to a breakup.

Apparently, they were anything but meaningless.

If he would have given them some attention, he may have been able to do something to prevent the forthcoming events.

He could have talked to his girlfriend, uncovered the problem and tried to do something to fix it before it was too late.

If there is no communication, nothing will ever change.

The reasons why two people in a relationship drift apart are numerous.

But if you spot the early signs, there is a high possibility to get back on track again.

Why didn't Kevin see it coming?

Why didn't he react to the “unusual” things he noticed?

I believe that he knew what was about to happen, but it is very typical in such situations to refuse to accept that something is wrong.

We would never think that our partner, who was on our side for so long, would leave us.

This appears so unreal.

Denial seems to be a good way of handling the problem. But, as you probably know, this is only self-deception.

Unfortunately, many cannot read the early signs, the red flags, as something that is going very wrong in their relationship.

Why should you pay attention to these red flags?

After a relationship breakup, all we think about is “if I'd only knew earlier, I could have done something”.”

But what would you have done?

When recovering from a breakup or divorce you have to go through the seven phases.

(MORE: The 7 New Stages of Grief After a Breakup)

What we often do not realize, is that the one who actually breaks up has to go through these phases as well.

Only they are doing it while you are still together.

S/He has to do so, otherwise leaving would not be possible.

So, if you spot the signs in the early phases, you might still be able to prevent the fatal outcome.

How can you avert a potential break up or divorce?

Certainly by talking to the partner, uncovering the origin of the discontent and trying to eliminate the problems.

Reminding your partner of the love you had for each other by revitalizing special moments you had together is also critical.

If everything fails, you have at least had the opportunity then to prepare yourself, and you will not be hit out of the blue.

Let's take a look at the most common red flags as an indication that your relationship is going downhill:

1. A lack of communication

A lack of communication is usually the first bad sign in a relationship, but also one of the earliest.

If you are discontent with your partnership, cutting back conversation is the first step of an emotional retreat.

Does your partner avoid longer conversations? Check out why.

2. A Change in behavior

Does your partner act differently lately?

You partner was always a role model in punctuality, they aren't anymore. S/He is often late, without giving an explanation and might get aggressive when insisting.

Or s/he changes routines, that were a matter of course for years in your relationship, overnight.

Is there also a decrease in intimacy?

No more of the cuddling and kissing you s/he used to do? Sex happens much less often?

These are just examples of a change in behavior to demonstrate what I mean.

For you, it's important to observe these changes, should they appear, and take them as a warning sign that something just might not be ok.

3. Avoidance of talking about the future

You used to talk about future vacations to foreign countries you have always planned to visit.

You dreamed together of the cozy house, with the white picket fences, watching your children play in the front.

Take a look now if your partner refuses such thoughts or simply changes the subject.

That might be a red flag that something is going on.

4. Decisions are made alone

You used to always discuss everything regarding important decisions in your life, be it your life as a couple or as an individual.

Now you find your partner is suddenly making very important decisions on their own, just presenting you the facts.

This could be seen as the first steps towards independence for your partner.

You notice an unusual accumulation of activities your partner is doing alone. This is especially true for men.

Is your partner meeting old friends they haven't seen in years? Working late? Discovering new places without you?

This is not always an indication for infidelity; it can also be spreading their wings for independence: the first steps into a new life.

This is a classic one.

The phone is ringing and s/he takes it somewhere else without answering it first? What does s/he hide?

This could be infidelity or just (as in 5.) looking for more freedom.

Suddenly there are a bunch of new friends appearing out of the blue. They are very important to her/him.

Most of the new activities without you are now with them, shutting you out.

S/He is spending less and less time with you.

8. Not able to be reached

In the past, there was never a problem reaching your partner, be it at work or in private. They were always answering the phone or cellular.

Now s/he rarely answers the phone and doesn't call you back anymore. Text messages are also answered late, if at all.

Another indication of seeking independence.

There were issues in your mutual past, which were never addressed before. Now they are not only a subject of discussion, they often lead to disputes.

“I never liked your mother, father, friends, outfit, political view, nose, etc.” are just some examples for sudden confessions of dislike and disagreement.

This is a very serious indication and should not be taken lightly.

10. Avoidance of long and intimate eye-contact

This is another serious red flag, which unfortunately often manifests when it is already too late.

Your partner cannot look you in the eye because they have either noticed that they don't love you anymore, or because of guilt.

They may have already separated her/himself emotionally and is considering the next step.

If you notice only a few of these red flags in your partnership don't panic! Going on a witch-hunt now is the worst you could do.

A few of these signs doesn't have to mean anything if they appear every once in a while.

Just talk to your partner about it, without pushing the panic button.

Be aware of jealousy, that green-eyed monster.

Jealousy is one of the most negative emotions there is.

Never accuse your partner of something without proof, you can create irreversible damage.

If you notice more than a few red flags at once, if not all of them, then heads up, something‘s going on.

As mentioned, communication and a recollection of your initial relationship virtues is a vital step in finding a way back together again.

If Kevin wouldn't have shut his eyes to the facts, he might still be in a relationship.

Always walk through life with trust, but keep your eyes wide open.

I know you will now.