Skip to content
Break Up and Divorce Have YOU Made These Mistakes After Your Relationship Break Up? 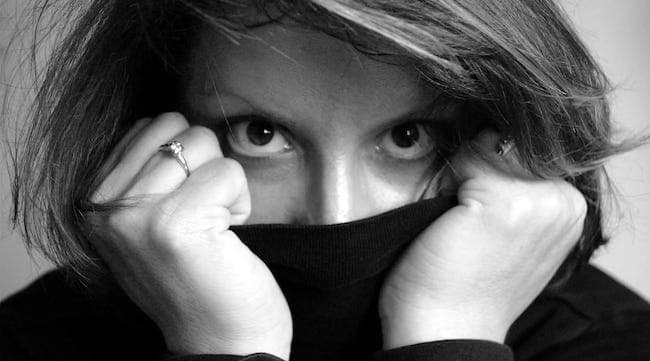 Months, or even years after a relationship break up, we will fully realize the fatal mistakes we made right after it happened.

Especially the panic controlled actions that made us appear as a different person – often we don’t recognize ourselves anymore.

It can bring out the worst in us.

It usually happens that we hate ourselves later for the things we’ve done.

This is understandable, but the wrong thing to do.

Not only does it damage our self-esteem, which is urgently needed for the recovery, (what’s left of it), but it also destroys the new concept of self-love we are trying to build up.

Avoid these feelings by telling yourself that the past is the past, and concentrate on the NOW.

There is a famous quote where it says that one should learn from the mistakes OTHERS make and thereby avoid them.

On the other hand:

“The only real mistake is the one from which we learn nothing.”
—John Powell

I believe that there are two kinds of mistakes: the kind that you can learn and evolve from, and the kind that should be avoided.

When it comes to post relationship break up mistakes, there are some which better be avoided.

The following fall into that category.

Here are the main mistakes most people make right AFTER a relationship break up:

Confronted by what we think is the worst that can happen to us, we do anything to fight it off: we plead, we beg, cry in front of our Exes, harass, stalk, write e-mails, IMs, etc.

All these things will make you cringe when you later think about it.

I think that almost every “Dumpee” makes these mistakes – I don’t believe that they are completely avoidable. These are desperate actions by our “animal” part of the brain, fighting for survival.

The sad thing is that they are completely useless. I’ve never heard that a “Dumper” came back after the “Dumpee” wrote them a gazillion e-mails begging to have mercy.

If you’ve made these mistakes, don’t beat yourself up over them.   If you’re about to commit them, try to resist.

We are committed to thinking that if they only KNEW how much we loved them, they would come back immediately, so we keep telling them – over and over again.

The only problem is, they KNOW. They’re breaking up anyway.

Breakups rarely happen because the “Dumper” thinks that they are not being loved. Constant reassurance only leads to humiliation.

This is a very common mistake that is often made by those having little experience with relationship break ups.

I know that your Ex was your best friend, your intimate partner, the closest person to you. But it is impossible to maintain this kind of relationship AFTER the breakup. Everything has changed – nothing is as it was before.

You can’t count on your Ex any longer because they will harm you more than they would help.

The good news is, you CAN find another support system: Look for old friends who used to be close. Your family should also be of great help.

Use every connection you have for support – you need it.

Mistake #3 leads us directly to the next one.

The no-contact rule is the number one precondition IF you want to get over your relationship break up fast.Click to Tweet

Look at it like a drug addict: you can’t get clean with YOUR drug right in front of you.

I talk about this is more detail here.

Mistake #5: Use Your Exes Friends And Family

Out of the ambition to make sense out of all of it, we use their friends or their family. We interview, manipulate and try to use them for our purposes.

Besides the fact that they rarely know anything about the deeper reasons, it is inappropriate to involve a third person in your breakup.

This is something that’s between you and your Ex.

If you do this, you will regret it later.

Many people leapfrog into a new affair right after their relationship breaks up.

I do not recommend that.

It may appear that this is the best thing to do in order to get over your Ex but, believe me, the opposite is the case.

You will always be comparing to your Ex, everything will remind you of them, and you will be frustrated because NOBODY is as good as your Ex.  (This is an illusion of course).

It will throw you back, and it will mask your pain, hiding you from the issues your breakup needs to resolve. Don’t deny yourself the opportunity to work these things out.

If you do, you have to face that problem again and again, from relationship to relationship.

For many people, healing will not start until they are alone with themselves, confronting their inner demons.

These are the main mistakes most people make right AFTER their relationship breaks up.

Please don’t beat yourself up if you’ve already made some of them.

Even if they should be avoided, some of these mistakes are part of the healing and learning process.

So even IF you will look back month/years later and regret a few things you’ve done, they might have been necessary to get you to the point you are today.

Now it’s your turn, tell me, which one if these mistakes have you made?