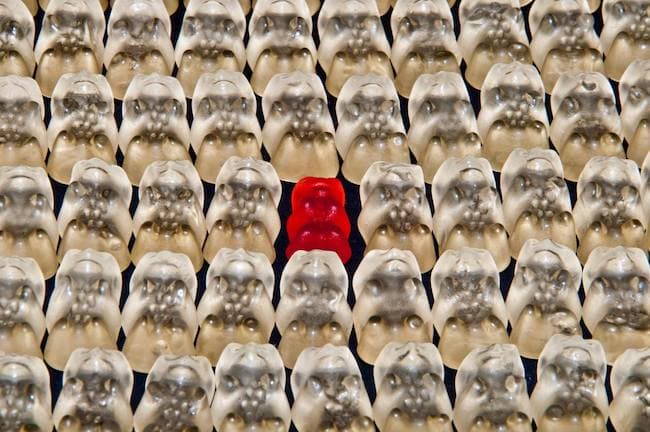 For most of us, one of the most painful things we can experience is a relationship break up. It's like losing an important part of yourself.

But what if I told you that a relationship break up can turn out to be a excellent thing for you? What if I said that it's a chance to find yourself again and examine your priorities and your place in life?

You're standing at a crossroads – all you need to do is make the right decision about how to proceed.

Why is a relationship break up so painful?

A divorce or other break up usually goes something like this: one partner leaves, the other copes with the loss. How well they manage to deal with this loss depends on three factors:

A relationship break up isn't an easy thing for anyone.

(MORE: 7 Reasons Why Your Break-Up is Killing You)

The personality, expectations and life history of the partner left behind determine the degree of suffering they will experience.

How well and how quickly they will heal depends on how well they can face up to these things. If they can look into themselves, identify problem behaviors and remedy them, then the healing will begin – and every other element of their lives will also to improve.

A relationship break up abruptly exposes our weaknesses and the fears and pain we have carried with us all our lives.

This is an opportunity to get rid of these negative emotions once and for all.

Kevin was crushed when his wife of three years left him. He didn't leave their apartment for almost 6 weeks, not even for work. It's like the life had been taken out of him and his will to live disappeared.

He couldn't stop thinking about the life he'd had and lost. While he knew that this marriage was beyond repair, he couldn't help but wish that she'd come back.

This idea was the only thing that kept him going.

After the first six weeks had passed, the shock began to subside, and he took a look at himself and to think about where his life was going. He felt as if he had an important decision to make about the future course of his life.

When he finally left his apartment, talked to some friends about how he felt and spoke to an acquaintance who happened to be a therapist; he found that the root of his problems was a lack of self-esteem and self-love.

He had been happy before his marriage ended; because it was his wife who he relied on for happiness and meaning.

His happiness should have been coming from the inside.

With the help of his friends and some self-examination, he was able to get over the divorce and improve his entire life.

Everything had changed for the better – his work, his friendships, the way he related to women, his goals for the future.

Kevin had become a new and changed person.

Julia was devastated when her boyfriend broke up with her in the worst possible way – a text message telling her that he'd found someone else.

Julia suffered a lot as a result; she had thought that this was the man she would marry, after having had a string of cheating, abusive partners in the past.

She didn't deal with the relationship break up like Kevin did. Rather than shut herself in, she went out and partied for weeks.

Even after a month of wild, self-destructive behavior, she wouldn't open up about her feelings to anyone, even her best friends.

Not wanting to be alone, she drank and took drugs to get through the times when no one could be with her.

After several months of this pattern, she met a man who made her feel better about herself. She was back on her feet and feeling good. They moved in together and were pretty happy.

Everything was going perfectly for Julia – until the next breakup hits.

What is the difference between these two?

Was Kevin smarter than Julia?

Did Julia suffer more than Kevin?

No, they each suffered greatly.

The difference between Julia and Kevin is that Kevin took a look at himself and took steps to improve himself and his life.

Kevin saw that he had to take the right path at those crossroads and prepared himself to do what it took to get past the relationship and heal.

Instead of facing up to her problems, Julia got into a new relationship before she was ready; with the predictable disastrous results.

Kevin was lucky in that he had help close at hand – and Julia was unlucky in that she had a difficult upbringing, but both Kevin and Julia had a choice to make.

The choice for a better life.

There are so many people out there like Julia right now who are going through something similar.

I would like all of them to understand that if they want to change their lives, they need to look at relationship break-ups as opportunities rather than as a life-ending catastrophe.

A relationship break-up is a chance for you to change the things that are holding you back.

I learned this lesson years ago.

If you can't do it by yourself, seek out some help to get you there.