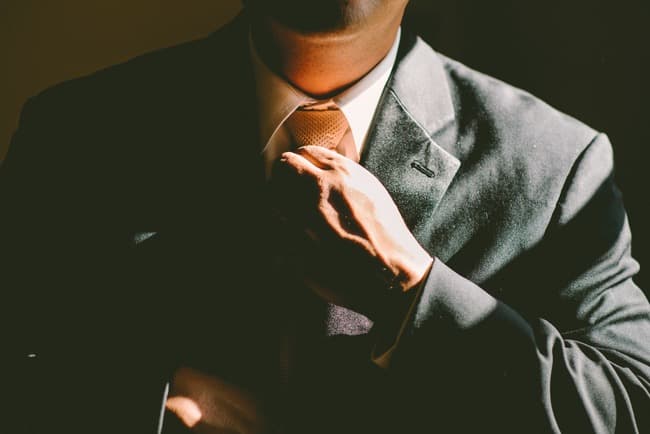 This may well be one of the most asked questions in the dating game.

Especially for women it sometimes can seem almost impossible to tell whether a guy is interested or not.

You can spend so much time trying to figure out ‘is he or isn’t he' that the whole evening is spoiled and you still have no idea what the real answer is.

Luckily, there is something that can give you a clue whether a man likes you or not.

Body language flirting reveals all the answers you will ever want to know.

All you have to do is look for the following six signs.

They are very clear, subconscious indications of male attraction, which most men have no control over, so they are very accurate.

One on its own will be a hint in the right direction, but if you see three or more then you definitely should take note!

The first sign is something that seems to be very obvious, but it will give you a good idea of his attraction towards you:

If the answer is yes, then he is clearly interested in you.

If a man has no interest, he won’t smile or try and engage you in this way.

This sign of male body language flirting shows you that he is aware of you and wants to get to know you better.

So if you like him, the best thing to do is – of course – make sure you smile back!

2. How much preening is he doing?

This is another classic sign of body language flirting.

If he likes you, he will want to make sure he looks his best and makes that clear to you.

By smoothing his hair down and paying more attention to his appearance, he is unknowingly sending a clear signal to you.

3. Is he trying to assert his masculinity?

Men who do this by standing with their feet apart and striking a macho pose are trying to look better than every other man in the room.

Even if you only have eyes for him, he will still strike this pose to appear as the best choice of the men who are available in the room.

It might sound strange, but this is very similar to how things work in the animal kingdom too.

If he is doing everything he can to stand out from the crowd you can be sure that he likes you.

4. Where do his feet point?

When a woman sees a man and wonders whether he is attracted to her, the last thing she will probably be looking at are his feet!

But in fact, that is exactly where you should look, because it can tell you a lot about the feelings of the man.

If they are pointing towards you, this is a good sign of body language flirting because that means he is interested.

If they are pointing away from you, then you should start looking elsewhere because he has no interest at all.

That's is a little-known fact.

Most people know about eye contact, but it is crucial to understand exactly how this works.

If a man is not attracted to you, then he will have no reason to look at you. This much makes sense.

If he is into you however, he will make more eye contact because of that attraction.

But he may also keep looking away if you catch him looking at you.

Don’t take that as a sign he isn’t interested, though; in fact, it is an excellent sign because he feels self-conscious that you caught him peeking!

Body language flirting is easier to spot in eye contact than in some of the other signs at times. So watch out for it.

6. Has he accidentally or briefly made actual bodily contact with you?

That's is a big one.

Have you ever wondered why a man is seemingly accidentally touching you?

A gentle touch on the arm, brushing past you on his way across the room …

There are many ways how a man will use body language flirting by making actual contact with you.

It's called kinesthetics (kino), and it's an obvious sign of attraction.

There are body language flirting signs a man unconsciously gives that you can look for.

It will give you a pretty good picture IF a man is into you or not.

If you put several of the above signs together, and you can see them in the man you have your eye on, you could well be in store for some exciting times ahead.

But whatever you do, be sure to learn the 10 Secrets About Men as well.