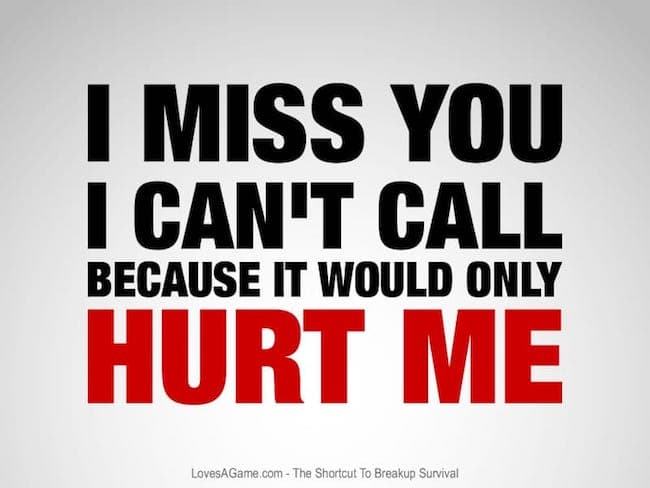 Everyone who has ever started following the No Contact Rule knows about its relentlessness, even its cruelty sometimes.

But once we understand that the rule is actually there to protect us from even more pain, sorrow and disappointment – once we realize that breaking it means a huge leap backward in our recovery, following it gets a little bit easier.

But how do we come to such an understanding?

Well, first of all, many of us break the No Contact Rule before the 60 days run out and experience the devastating consequences.

This often works as a “reset” to get us back on track and motivates us to start the healing process finally.

Or we simply know and trust that breaking the rule means facing a completely changed Ex, and everything unpleasant that comes with it.

Sometimes the fear of such an experience is simply enough to keep you on track.

I miss you. I can't call, because it would only hurt me.

I found the above quote on a forum somewhere, and it really touched me deeply.

Standing there all on its own, an outcry of a bleeding heart.

The No Contact Rule and all its pitfalls condensed into just a few words.

Use this quote as a reminder to hang in there, and to NOT contact your Ex. No matter how much you want to.