Skip to content
Break Up and Divorce Success Story: How Closure Made Me Stronger 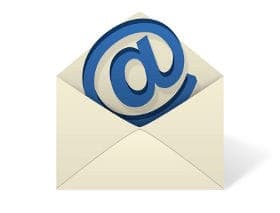 The following email from our regular reader “Sachao” from Germany is a very inspiring success story about getting closure and your strength back after she had to face her Ex.

What would YOU do, if you ran into your Ex continuously after returning to a small town after six months No-Contact?

My ex-boyfriend and I were together for seven months when I had to go abroad for a semester (6months) to study. I was very excited to go to France and my ex, who had traveled a lot himself, was always very supportive.

Of course, it was a challenge: only together for seven months and then me going away for six months, but I was pretty confident we would make it.

Before I went to France, my ex and I had a big talk: he was having doubts about me going away, and I wanted to clear it once and for all. I wanted to be sure that he really wanted to put in effort in our long distance relation.

During the talk, he stated he wanted to go for it, make it work and wanted to continue with me. He proposed to book a holiday to Italy after I would come back from my Erasmus, and we booked a couple of weekends where I would return to him or when he would visit me in France.

For me, this was a confirmation that things were going well.

Full of confidence, I went to France.

The first two weeks were hard, but afterward, I started to enjoy myself. I noticed my ex and I weren't having that much contact (he did not call me very often), but I thought he needed to build up his life without me and I needed to create a life in France.

Six weeks later, out of the blue, my ex called me and said he was having doubts and that he couldn't do it anymore, that his feelings were different.

It was so out of nothing for me; I was totally shocked. He broke up with me over the phone, five days before I would return to him for a weekend, not giving me any explanation.

The last part was the hardest, the “I cannot do this anymore” was not enough for me. Why couldn't he explain more?

Stunned and broken, he was my first love, and I had had so much faith in us… how often he would say that what we had was special. And now, he just left me out of the blue. Pretty much without reason, he even said himself “I don't know why I am doing is but I just can't anymore.”

When the end of my Erasmus came near, I was getting anxious and scared to go back to my hometown, where my ex also lives and studies. And indeed, when I came back, the hardest part had yet to start. Being abroad was a good thing, but also gave me space to run away from my feelings.

When I came back the only people standing at the airport were my parents, my heart broke again. It was a confirmation that it was really over.

In my first week back, I immediately ran into him. I knew this would happen lots of times since we have some common friends and live in the same small town in Germany.

After a few miserable weeks back in Germany, I HAD to break the no-contact rule. I had to talk to him. Not to get answers, I did not expect any answers, but to tell my ex what I thought of the way he handled it. A relationship breaks up over the telephone, out of the blue without giving me any time to ask something or to express my thoughts. I needed this for closure.

I already told myself that I was not going to break; I was going to be strong, tell him my thoughts, and walk away.

Luckily my ex responded positive, so we met up.

Strangely enough, when he was sitting in front of me, I was seeing a totally different person than with whom I was together. I told him all my thoughts, but in a strong and confident matter, like it did not bother anymore (which wasn't true, but I did not want to show him my pain). I was so strong and saw him looking like a lost young spoiled rich boy more and more.

He admitted everything: he was afraid because of the long distance, had panicked and acted in an impulsive way. For me, it was clear that he was too immature and could not handle difficult things, that he was too weak to fight for something. He already had a new girlfriend, somebody who would never go abroad without him, a very ‘easy girl' who would do anything he says. The opposite of me, but apparently he wants a less complicated relationship now.

I ignored the spark that was still there between us, stayed strong and walked out again. I have never felt so strong. He admitted everything, and I was again the strongest person.

He fell off his pedestal. For me, this was closure.

Now we can walk by and say ‘hi,' without any problems. Sometimes it still hurts a bit, but the way he acts and stands in life is just not for me. I want somebody who wants to fight for me, somebody strong enough. Because he was my first love, I did not have any comparison. Now I know, that there are nicer and stronger guys than my ex.

What I want to say is that closure is crucial. For me, this was the conversation. Everybody has to find their closure. Breaking the no-contact rule is only a good thing if your only goal is closure, not getting back together or getting answers. It has to be closure for YOU.

Apart from closure, distraction is a good thing. Do sports, or go traveling. Just do not run away from your pain, like I did in France. It will catch up and affect you even harder later.

I have become a more confident and strong person from this experience and now see it just as something everybody has to get through sometimes in life. I do not have a new boyfriend yet, but I am starting to enjoy being single again.

Everybody will get their portion of bad luck in life, and you will get through. But you have to WANT to get better, do not stay in the place of the dumpee.

What Sachao did was risky and heroic at the same time.

To break no-contact to find closure is a noble intention, but unfortunately, the reality is very often a different one.

The truth is it can go terribly wrong.

You walk into it too early or unprepared; you WILL be devastated.

Usually, I do not recommend it.

It's simply too risky, and there are many ways to get closure without having to involve the Ex.

Luckily it worked out for Sachao and gave her her life back.

What she did was remarkable: she took control of her life.

She refused to be a victim and decided to be strong. She chose to take action instead of being passive.

She was rewarded for that by learning that her Ex isn't the person she thought he was, that he wasn't able to live up to her expectations. That gave her the strength to carry on.

Thank you Sachao for your inspiring story and all the best for your future.

What do you think? Is closure a must or simply too risky? Please comment below in the comment section.

P.S.: By the way, if you have a similarly inspiring story to share, please do so by contacting me. Thanks.